I thought an update would be good to tell you all how we are getting on. Some of you already know that I blog elsewhere now but I will not put a link on this post for fear of unwanted visitors.

Layla and Marshmallow are doing extremely well in their new home. The chickens are still all happy too (but camera shy!)

Henrick sadly passed away due to a brain tumour. He didn't suffer, he was on pain relief for a short time and everyone loved him. 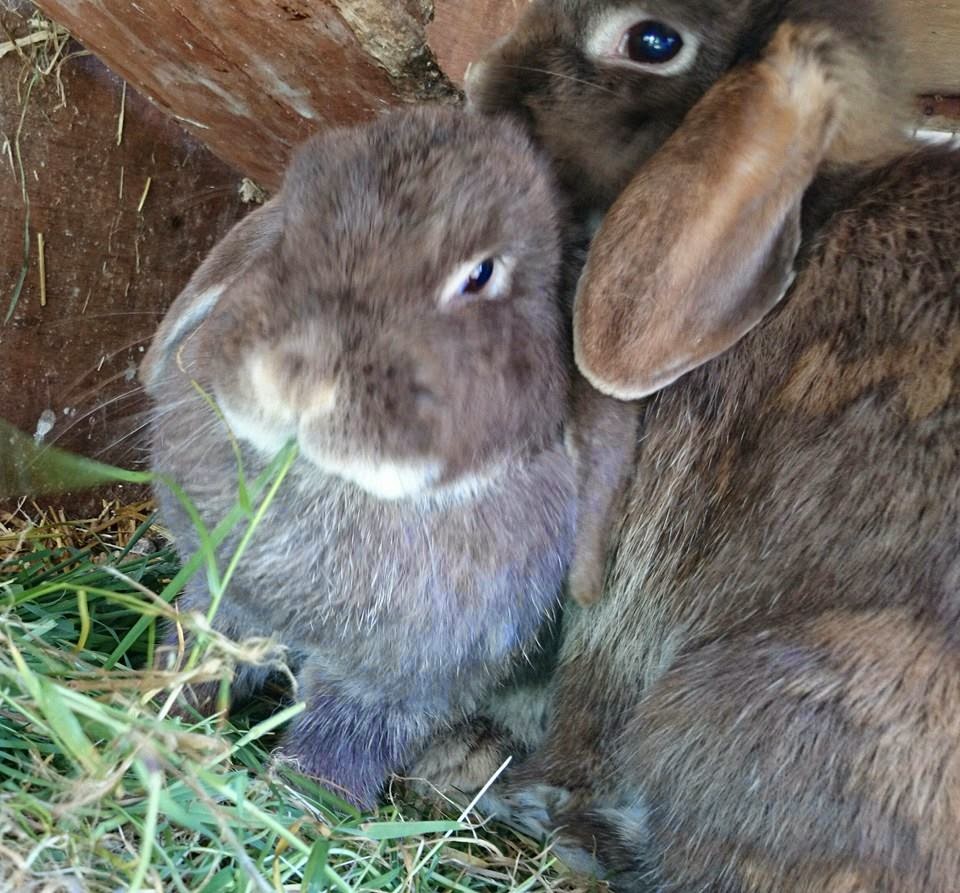 After an unexpected phone call regarding Lucky, he is now in a good home after being abandoned. If there is one thing that everyone knows I will not tolerate it is liars. To simply move away and leave a beloved pet behind should be a criminal act. Especially since I was promised he would always be looked after. Starving and wanting contact with anyone and everyone, thankfully he was found in time. 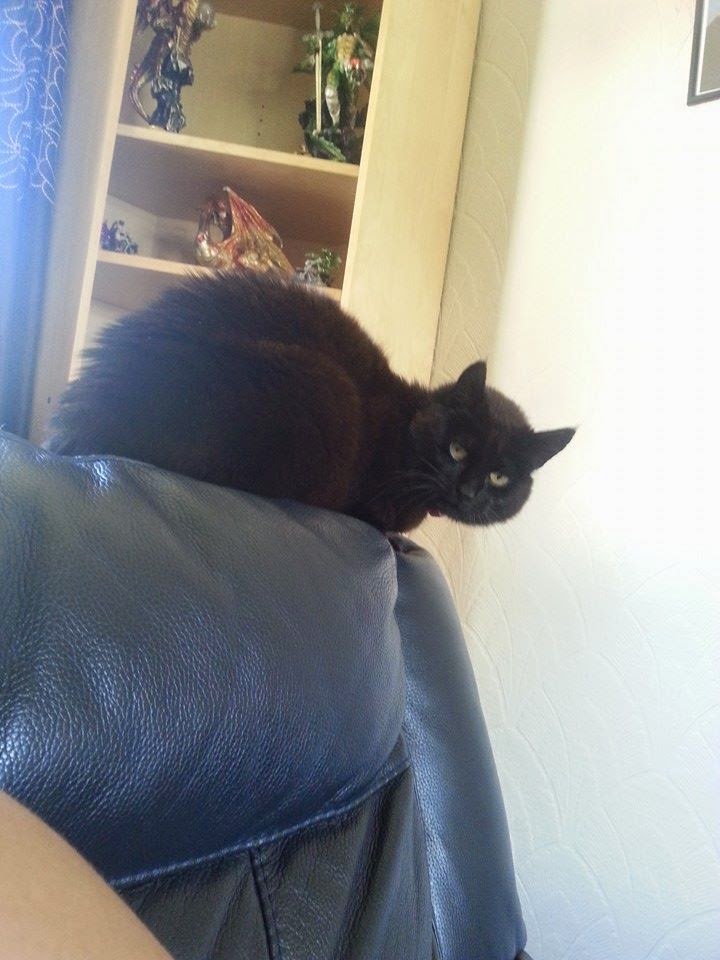 Charlie Brown is doing fantastically well and loving life as every pup should.

Baby and I are doing very well. Everyone says being a single parent is the hardest thing in the world but I disagree. She comes everywhere with me, we go out everyday.

We have traveled to parts of Scotland that I have never been to before.

She has a little group of friends that we see regularly.

Every single person we meet, whether a health visitor, midwife, sales assistant or waitress, comments on how content and happy she is.

She is happy to wave and smile to anyone and everyone. She doesn't cry. Unusual I know but even if she falls over (Yes she stands and walks if holding hands!) or bumps her head she just gets on with life as that is what I have taught her to do. There is no point in crying over spilt milk! That much I have learned too!

She is becoming an excellent communicator via British sign language as well as speech.

She is lucky enough to have people around her who love her, care for her, spoil her and take her places. There is nobody 'missing' in her life. She doesn't need two parents.

We are off travelling again next week as we have no commitments keeping us in one place. Charlie Brown goes to stay with friends who have seven (seven!) border collies and he fits in really well. 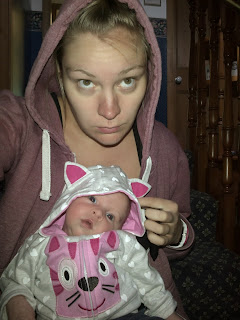 This blog has reached a natural ending and I will be writing elsewhere from now on.

I have a new life in a new place with my baby girl so why not have a new blog too? 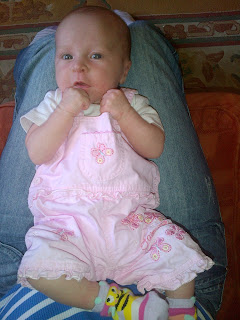 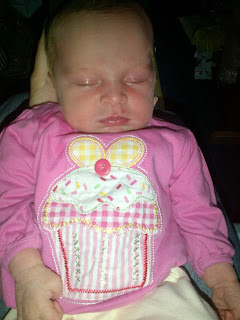 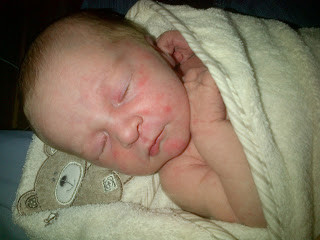 Welcome to the world Emily! 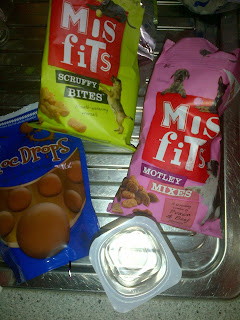 Number 1. Take lots of doggy treats and a yoghurt tub. 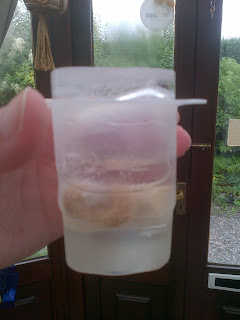 Number 2. Fill with water then freeze.

Well, where do I start!

As you all know, I got pregnant via ICSI which is a form of IVF.

Super excited and super happy, life was good. Or at least better than it had been. Then I found myself alone. I'm going to be a single mum. Lots of people do it and can juggle normal lives and jobs etc too. So why not me?

I figured the pregnancy would be the easy part until my little belly bean came along but boy was I wrong!

After being taken to A&E then admitted to hospital with hyperemesis gravidarum, then diagnosed with placenta praevia, then pelvic girdle pain, it was becoming less and less fun. I've been poked and prodded and had all sorts of tests.

I've been having to wear a brace around my middle to hold my pelvis in place, I also took travel sickness pills for most of the past seven months as I was throwing up nearly fifteen times per day, I now have to take special vitamin pills as urine and blood tests showed I had an infection but the midwives can't put me on anything stronger as I have excess blood which constantly streams from my nose and mouth. The vitamins will make baby stronger but not necessarily help me in any way.

I also cannot wear makeup, or perfume, or nail varnish, or have strong smelling shower creams.

With only twenty-eight (!) days until this little bean is due to come into this world I am finding life very tiring.

The midwives have all told me I am very lucky to not have stretchmarks and I have the strongest stomach muscles they have ever felt (due to being sick and walking a very hyperactive border collie!). But I am also not dealing with the emotional stress of being alone and being pregnant. No matter how much I try to move on nothing changes what happened and I'm finding it hard to trust anyone.

Having no job right now to concentrate on and having no home to call my own, as well as being 150 miles away from my friends, let me tell you - it's hard!

I'll try and keep this space updated as much as possible and let you know when bean arrives! 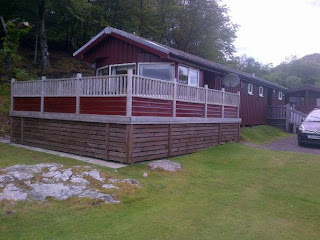 Some recent pictures of my time away on the West coast of Scotland. 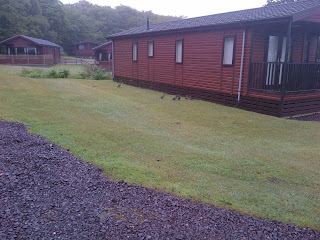 We stayed in a fantastic chalet with numerous ducks, ducklings, rabbits and mice running around outside. 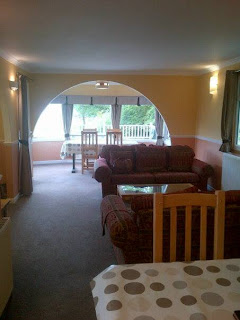 It was so peaceful I didn't want to come home! 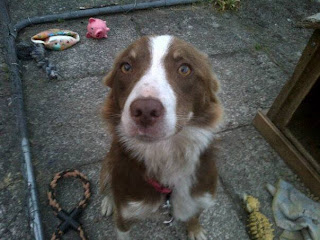 Charlie Brown is doing heaps better now he has been castrated and is on new organic food.

He's no longer feeling sorry for himself and is playing with all his toys like a puppy again.

The three of us (Charlie, Henrick and I) are taking a trip next week before Bean arrives in six weeks and two days (!).

I will take lots of photos and update you all soon. 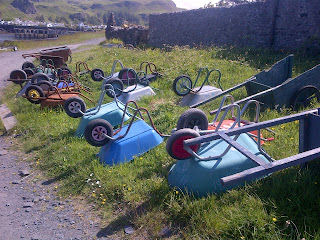 Everybody has their own wheelbarrow on Seil due to no cars being allowed on the island. 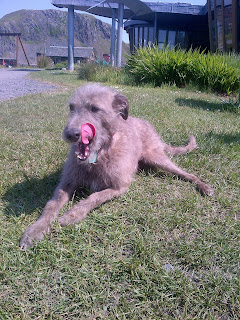 The pub even had a friendly dog. 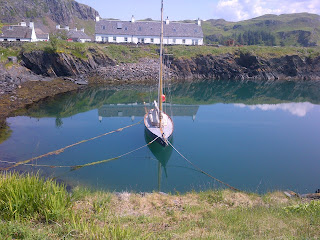 You could swim in here, 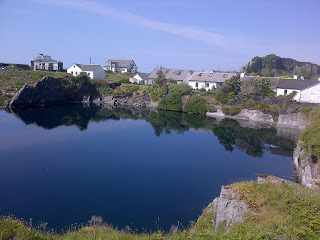 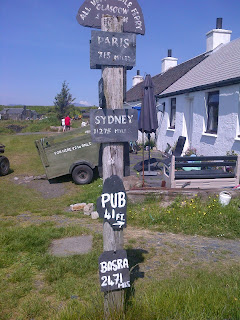 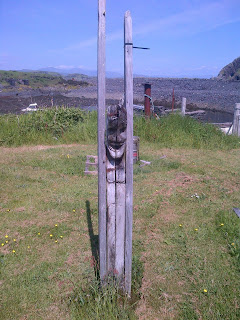 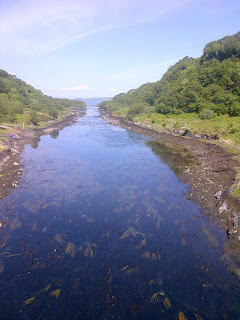 This was taken from the famous 'Bridge over the Atlantic'

I had a fantastic time visiting Argyll again and staying with great friends, fingers crossed I get to move back once baby is born.

Hannah
Scotland, United Kingdom
This blog is one of the things that is here to remind me of happy times and to be grateful for having beautiful things and people around me. Throw in some fresh air, cute animals and homemade baking and crafts then we're on our way.